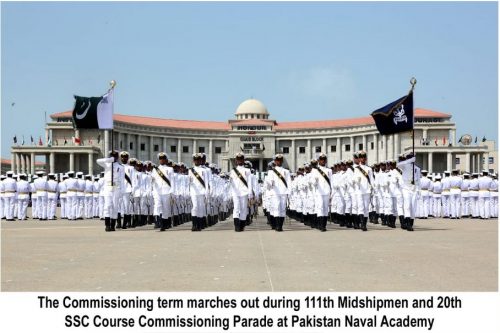 In his address, Commander RSNF, Vice Admiral Fahad Bin Abdullah Al-Ghofaily highlighted that close collaboration of armed forces of both the nations are reflective of the deep rooted fraternal relationships between them. While highlighting the common desire of both the nations for regional peace and stability, the chief guest acknowledged that Pakistan has rendered countless sacrifices for eradicating the menace of terrorism and for establishing peace both on the internal as well as external fronts. 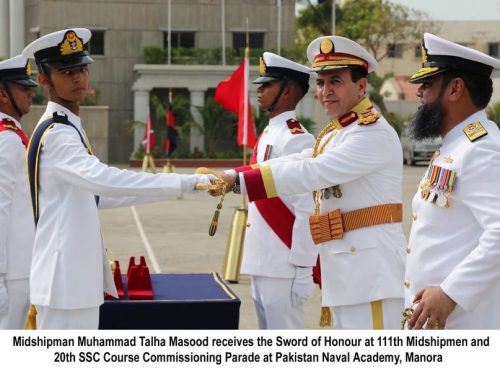 The chief guest thanked Admiral Zafar Mahmood Abbasi for giving him an opportunity to return to his Alma Mater and rejoice the old memories. Commander Royal Saudi Naval Forces (RSNF) Vice Admiral Fahad Bin Abdullah Al-Ghofaily joined Pakistan Naval Academy in 1979 and upon completion of his initial training here he passed out from PNA in 1984.

The chief guest while felicitating the commissioning term on this momentous day, advised the young officers that they should follow the footsteps of great Shuhada and Ghazis and become the pride of their service and the nation. He also advised them to earn the trust of their subordinates who will look up to them for guidance in all matters. 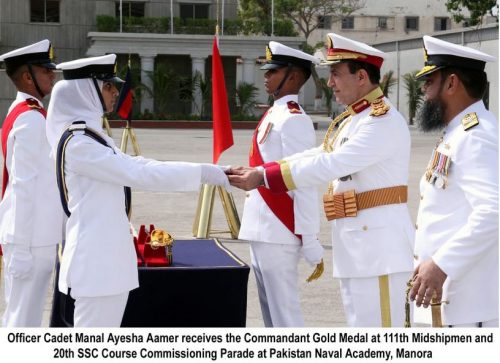 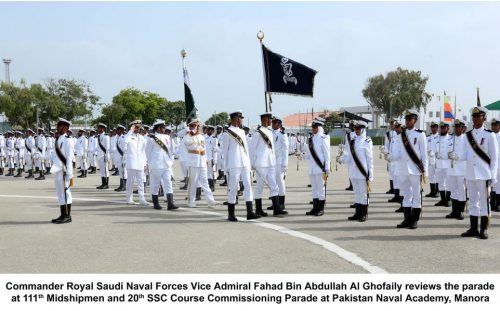 The ceremony was attended by a large number of senior military officers, ambassadors, defence attaches of friendly countries, civil dignitaries and parents/ relatives of passing out Midshipmen and cadets.