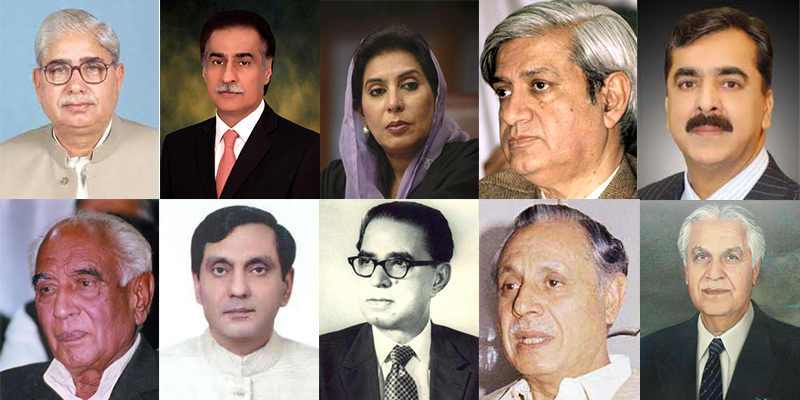 ISLAMABAD (92 News) – As many as 14 political figures have held the post of Speaker National Assembly since 1970 and Malik Miraj Khalid twice became the Speaker, while Fahmida Mirza was the first female speaker in the history of the country. Chaudhry Fazl Elahi was elected Speaker when the National Assembly came into being after 1970 elections, however he later took oath as President of Pakistan. During the second term of Pakistan People’s Party, lat Zulfikar Ali Bhutto help elect Malik Miraj Khalid as speaker, while Malik Miraj Khalid was elected NA speaker for the second time during the tenure of martyred Benazir Bhutto. Syed Yousaf Raza Gilani was elected NA speaker during the second tenure of Benazir Bhutto, who was later elected prime minister of Pakistan in 2008. Fahmida Mirza was the first female NA speaker in the history of the country. Among those who elected NA speaker since 1970 are Chaudhry Fazl Elahi, Malik Miraj Khalid, Syed Fakhar Imam, Hamid Nasir Chatha, Gohar Ayub, Syed Yousaf Raza Gilani, Elahi Baksh Somroo, Chaudhry Ameer Hussain, Fahmida Mirza and Ayaz Sadiq.