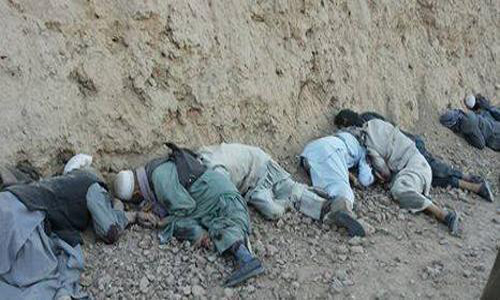 KABUL – Afghan Taliban killed 15 passengers belonging to the Hazara community in Ghor province, 92 News reported. A spokesman for the Afghan Foreign Ministry said that the attackers killed 15 passengers, out of total 32, after identifying and disembarking them from two buses. He said that the deceased included women and children. He added that the objective of Taliban’s sectarian killings is to create harassment among the masses.