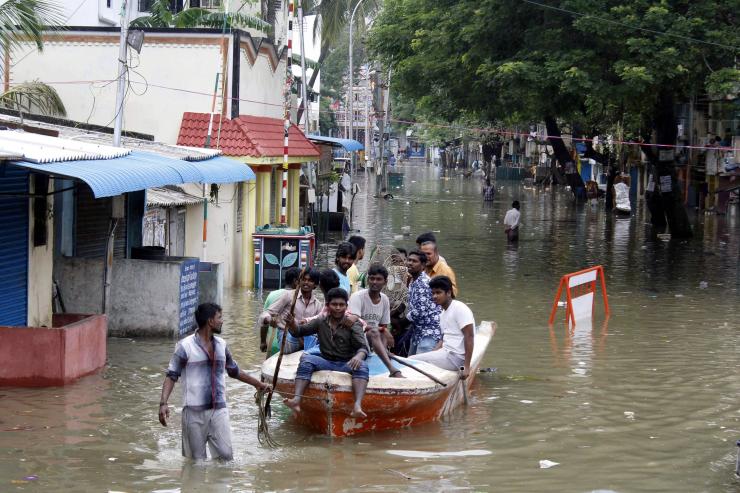 Normal life was affected and several areas inundated as heavy rain lashed Chennai and other parts of Tamil Nadu and the Union territory of Puducherry on Wednesday.

The heavy downpour has affected vehicular and air traffic and also the train movements.

A large number of trains on the Chennai-Tiruvallur route are being operated only up to Avadi. A railway official said that trains were being operated at restricted speed. "This is causing delays," he added.

The army and national disaster force teams have been called in to deal with the situation as the rain broke 100 years record, while the Met Office has predicted more rains during the next 24 hours.