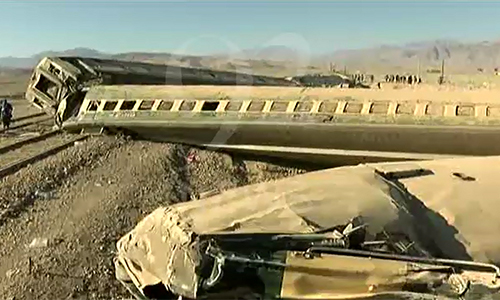 QUETTA (92 News) – Twenty people were killed and 150 others injured when Jaffar Express derailed near Aab-e-Gum on Tuesday. According to the ISPR, 140 individuals were evacuated by Army to Quetta, including 85 individuals by road and 55 by Army Helicopters (MI-17). Moreover, 13 bodies were also evacuated to Quetta. The rescue activities are going on. Balcohistan Chief Minister Dr Abdul Malik reached the spot to monitor the rescue operation. According to the preliminary investigations, the accident occurred due to failure of train’s breaks. Meanwhile, Prime Minister Nawaz Sharif has expressed grief over the losses.