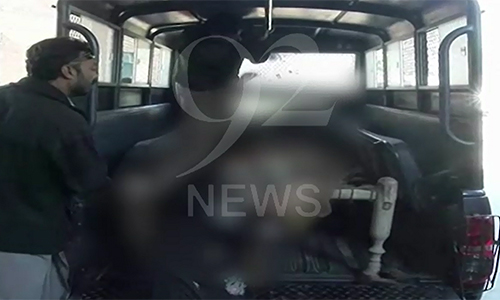 SHEIKHUPURA (92 News) – A 20-year-old youth who had demanded his right of land from his uncle was killed in an encounter with the police on Saturday. Zahid’s, the victim, mother and sisters beat up the policemen with their shoes when the body was brought to the mortuary. The victim’s sisters said that the police had arrested their brother despite being released on bail. They alleged that the police had killed Zahid in Khanqa Dogran for not giving Rs two million. The police said that Zahid was not killed in the police encounter, but the firing of his accomplices.