2020 to be dangerous year for Imran Khan, predicts Manzoor Wassan

Speaking to the journalists outside Karachi banking court on Monday, the PPP leader said 2020 would be dangerous for the premier. He also said that he saw in his dreams that 2019 would yield important decisions. He further asked for accountability across-the-board. 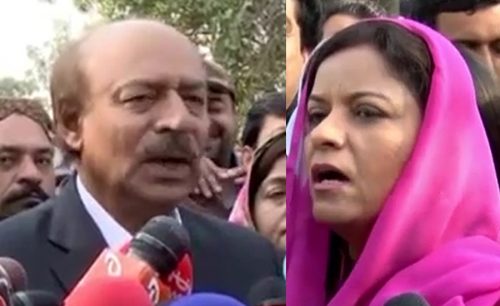 On the occasion, PPP leader Nafisa Shah termed two laws seems to be in the country instead of one law.

“The JIT report is a secret which is being widely shared on WhatsApp. They showed such efficiency that a JIT was formed within six months and it even presented its report while FIA could not present its report in the Asghar Khan case for years,” she also said.

Further, PPP leader Nisar Khuhro said, “We are facing cases and we already cannot travel as our passports are with them Interior Ministry. It was the government’s ill-intentions owing to which we were placed on ECL despite not having our passports.”

“If someone had not appeared for a proceeding then their name should have been included in the no-fly list,” he added. 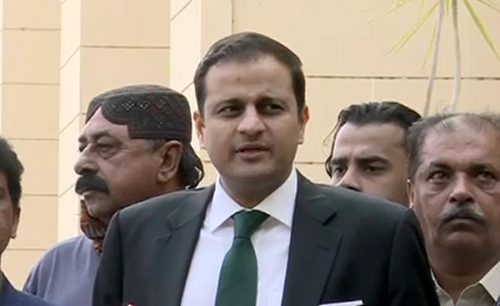 Talking to the journalists, Murtaza Wahab said, “We did not ask for any immunity. The PPP has always respected courts and decisions. Our leadership is appearing before court.”

“Today, the court also rejected the allegations and forwarded the matter to the National Accountability Bureau (NAB). The court said it was wrong to place Bilawal and CM Shah’s names on the ECL,” he added.

The banking court extended the bail of former president Asif Ali Zardari and his sister faryal Talpur has been extended till |January 23.

Earlier, Asif Ali Zardari and Faryal Talpur have reached the banking court to seek extension in their bail. Other accused, including Abdul Ghani Majeed and Hussain Lawai, also appeared in court.

The accused’s counsel appealed to the court to order the FIA to submit the final challan. However, the court refused to take action without the order of the Supreme Court.

On December 21, the court had extended their pre-arrest bail till January 7.