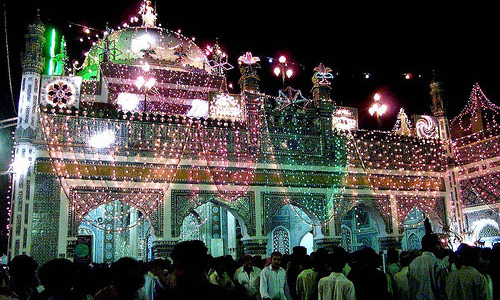 KARACHI (92 News) – The 272nd Urs of Sufi poet Shah Abdul Latif Bhittai has begun in Matiari on Friday. The Sindh government had announced a public holiday on the first day (Friday) of three-day Urs. All of the schools, colleges and offices will remain closed on the occasion. The Advisor to Sindh Chief Minister Abdul Qayyum Somroo and Pakistan People’s Party leader Sharmila Farooqi’s son formally inaugurated the Urs by offering and distributing cloths among the widows and poor people. Thousands of devotees are arriving at the mausoleum to pay respects to the Sufi saint and offering fateha, while shopkeepers have set up stalls. On the other hand, the devotees are facing problems following the poor cleanliness arrangements by the provincial and government and district administration. The devotees demanded the Sindh chief minister Syed Qaim Ali Shah to improve the cleanliness on emergency basis.