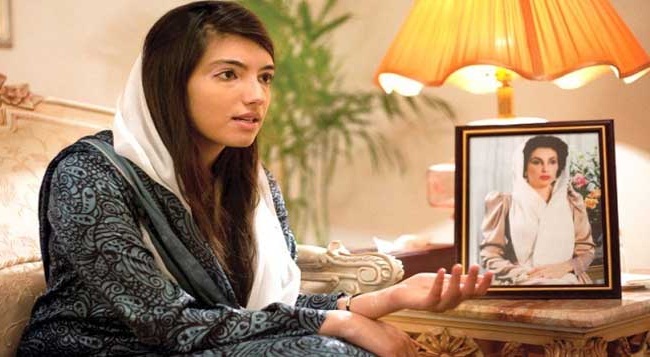 TANDO ALLAHYAR (92 News) – Pakistan Peoples Party’s Chairman Bilawal Bhutto Zardari’s sister Asifa Bhutto Zardari has on Thursday made her voting debut amidst a swarm of supporters as she casted the first vote of her life time in Sindh’s second phase of Local Government elections. As per details, Asifa came to Tando Allahyar to cast her first ever vote at Ward No 4 Meerabad. All the voters were forced to leave the polling station due to security.