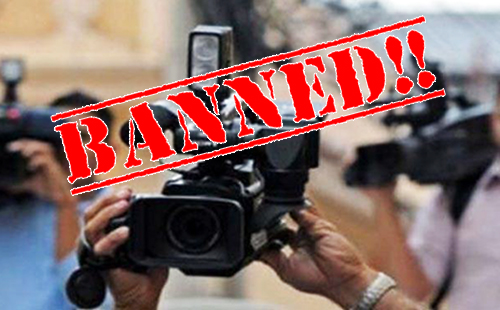 ISLAMABAD (92 News) – The media has been stopped of video coverage of polling stations in different districts despite clear instructions of the Secretary Election Commission of Pakistan. The Police and local administrations are following the orders of their high-ups. In Toba Tek Singh, the polling staff said that the media coverage has been banned on the orders of the Assistant Commissioner. In Attock, the District Coordination Officer has issued written orders to police to stop media from entering in the polling stations. Meanwhile, the media has also been barred from covering polling stations in different districts of Sindh.