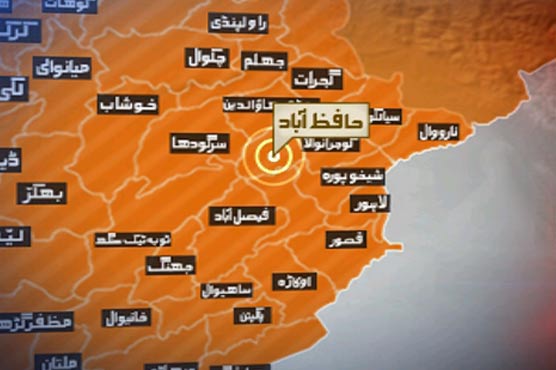 HAFIZABAD (92 News) – Police have on Thursday apprehended six people including candidates of Pakistan Tehreek-e-Insaf (PTI) and Pakistan Muslim League-Nawaz (PML-N) after a clash erupted between the activists of the two political parties. As per details, scuffle broke out between the workers of the PTI and PML-N in Hafizabad’s Ward No 1 during which the independent candidate Sarwar Gujjar received head injury. During the scuffle, the material of the polling station including ballot boxes, and ballot papers were thrown out of the polling station. After being informed, the police reached the spot and detained six people including the candidate of PML-N Shoaib Tarar and Independent candidate Sarwar Gujjar. District Police Officer (DPO) Hafizabad Shakir Dawar said that the polling has been started after deploying army soldiers at the polling stations.