Journalists among 41 detained in Lahore raid 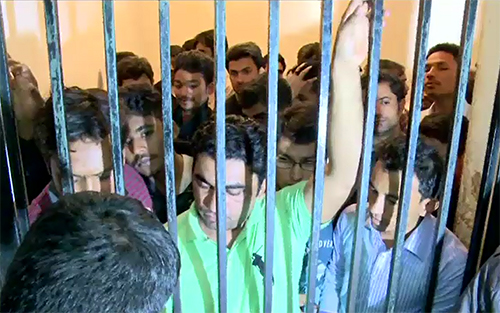 Journalists among 41 detained in Lahore raid

LAHORE (92 News) – Police have detained at least 41 people including journalists, doctors, lawyers, lecturers and police personnel during a raid carried out at a hostel in Lahore’s Race Course Police precincts in the wee hours of Sunday.

The youngsters tried to show their documental proofs to police but they didn’t listen and locked them up in the cell.

After being informed, the journalists and friends of other youngsters reached the police station and after four long hours the youngsters were released.