QUETTA (92 News) – A blast occurred inside the Sangdi coal mine on Sunday late night, in which, six bodies recovered while at seven colliers trapped underground as efforts to rescue them were underway. As per details garnered, a blast occurred in the coal mine of Sangdi in Quetta resulting 15 colliers trapped in a depth of four thousand meters. The rescue operation continues to retrieve the seven labour trapped in the mine. The Sangdi coal mine is far away 30km from the Quetta where the explosion occurred due the filling of gas in coal mine. The blast destroyed one portion the mine and 15 workers trapped during the incident. It was reported that pit workers were located in a tunnel at a depth of some 4,000 feet. The rescue teams including FC and Levis personnel have reached the Sanjdi coalfield site soon after the incident was reported. A rescue operation was subsequently commenced and was underway to save the trapped coilers.  – Balochistan CM expresses grief over coal mine incident – 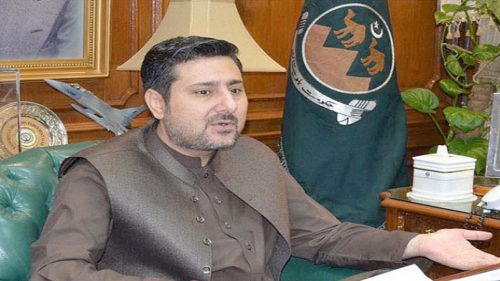 Caretaker Chief Minister Balochistan Alauddin Marri has expressed sorrow and grief over the loss of precious lives in Sangdi coal mine incident. In a statement, he directed to expedite the relief activities and safely recover the laborers trapped in the mine.

KABUL (Reuters) - Twin explosions in the central Afghan province of Bamiyan killed at least 14 people and wounded 45 more, provincial officials said on Tuesday, as the international community pledged assistance for Afghanistan at a conference in Switzerland.

PARIS (Reuters) – France’s Foreign Ministry said on Wednesday that an attack had taken place at a ceremony marking the end of World War One in the Saudi Arabian city of Jeddah, and that several people had been wounded as a result of an explosive device.

QUETTA (92 News) – At least three people were killed and several injured in an explosion in Quetta’s Hazarganj Sunday afternoon.

According to police sources, the bla

KARACHI (92 News) - At least five people killed, 20 injured when a blast occurred in a multi-storey building at Gulshan-e-Iqbal’s Maskan Chowrangi on Wednesday.