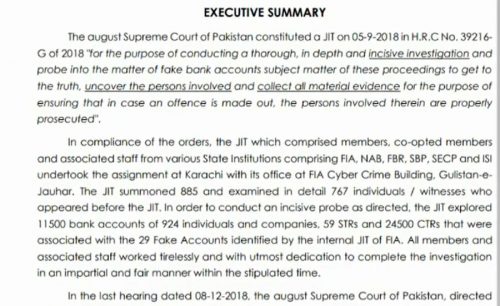 The JIT report is contained on 283 pages, however, the JIT report stated that former president Asif Ali Zardari and his sister Faryal Talpur used Omni group for their safety. It also said that the former president pressurized the accounts department as well as the regulators with misusing his authority through the Sindh government. 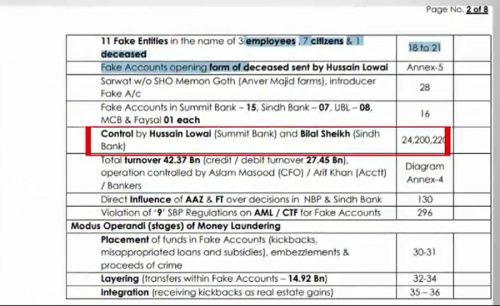 According to the JIT report, Bahria and Omni Group played a role for Zardari group. “Former president Asif Ali Zardari’s personal expenses were paid through fake bank accounts. Expenses for dog food at Bilawal House and 27 sacrificial goats were also paid for through Omni Group accounts,” the JIT report stated. 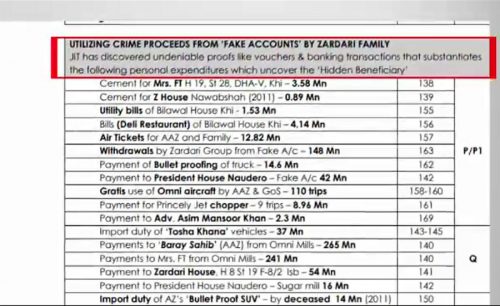 The report further said, “These companies paid for Bilawal family’s monthly expenditure of over Rs12 million. Even money for the construction of Bilawal Houses in Lahore and Karachi were paid through fake bank accounts.”

“Omni Group also kept making payments for dry cleaning of Zardari’s clothes,” the report stated. “Rs1.2 billion were transferred to the account of Zardari’s sister, Faryal Talpur, which was used to purchase land for Bilawal House, Lahore and land in Tando Allahyar,” it added. 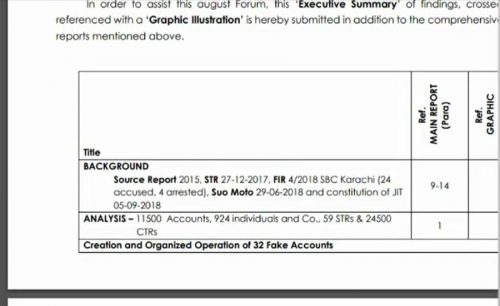 The report also revealed that the Sindh Bank gave the amount worth of Rs24 billion to Omni Group, although the Sindh Bank can only give4 billion rupees according to the law as per its assets but this was rescheduled.

It also said that Zardari Group took the loan amount worth of Rs53 billion and 400 million. “Icon tower including sixty-storey constructed on the government land in Clifton which was owned by the Zardari and Omni Group’s front-man.”

The JIT startling report also revealed that the land of temple, library and museum were also transferred in name of Omni Group.

It is pertinent to mention here that the JIT report which was submitted in the top court on December 19 was played on the projector today as a two-judge bench headed by Chief Justice of Pakistan Justice Mian Saqib Nisar heard the suo motu case at the apex court’s Lahore registry.

During the hearing today, JIT head Ehsan Sadiq told the court, “Expenses of Bilawal Houses in Karachi and Lahore were paid through fake bank accounts. The land of Bilawal House, Lahore is in the name of Zardari group.”