In the affidavit, Tariq Shafi stated that the pursuant to an agreement dated April 14, 1980 between himself and Mr Muhammad Abdullah Kayed Ahli for the sale of 25 percent shares held by him in Ahli Steel Company, Dubai.

He said that he received a net aggregate sum of UAE Dirhams 12 million over the course of the year 1980. 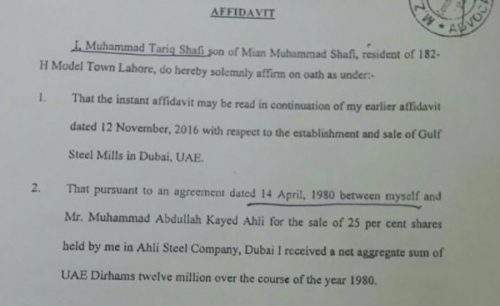