A Minute With: Helen Mirren on Hedda Hopper, Hollywood, and women 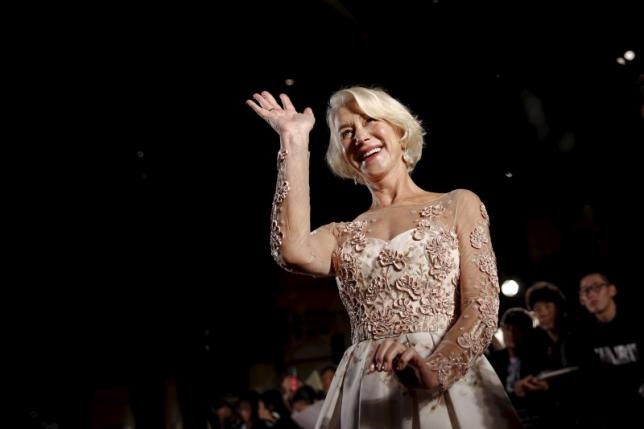 A Minute With: Helen Mirren on Hedda Hopper, Hollywood, and women

LOS ANGELES – Now the Oscar-winning actress plays one Hollywood's notorious gossips columnist Hedda Hopper in drama "Trumbo," out in U.S. theaters on Friday. The film focuses on the 1947 Hollywood Blacklist, where ten screenwriters and directors including Dalton Trumbo (played by Bryan Cranston) were shunned and in a few cases, jailed, for their associations with the Communist party. Mirren, 70, talked to Reuters about Hopper and how women in Hollywood need to be less polite. Q: What drew you to Hedda Hopper? A: I thought that power and that voracity and that meanness and the shamelessness of it - there are female journalists to this day who display similar sort of spirit. There's a certain kind of woman who goes a certain kind of route in journalism. Q: She's really the villain of this story, bringing the mob mentality against Hollywood's communists. How did you understand her motivation? A: Hedda was right in the center of the mass of the vast majority of American thinking. She wasn't an anomaly or a cult, she wasn't the Tea Party or a side issue, she was right where people were, coming out of the Second World War, and she understood her public very well. Q: But then she used her power to manipulate? A: She absolutely felt she was being patriotic, as John Wayne did. Q: You've often been outspoken on the role of women. Is there a shift happening now for women in film? A: I've said it ever since I was 25 - look to change the role of women in life, and as night follows day in my profession, on television, in theater, on film, the roles for women will change, and that's absolutely happened. Finally, it's taken a long time. I think writers are just beginning to catch up, and I've always said, it's easy to write a woman's role. Just write a man's role with a woman's name, and of course they're doing that now, finally. Q: What were your thoughts on Jennifer Lawrence's essay on the gender wage gap in Hollywood and how women should be confident to ask for more? A: I thought it was fabulous. I loved it, it was very personal and she's right. We are too polite as women. æReuters