A year after Ebola discovered, relapses seen in fight to end it 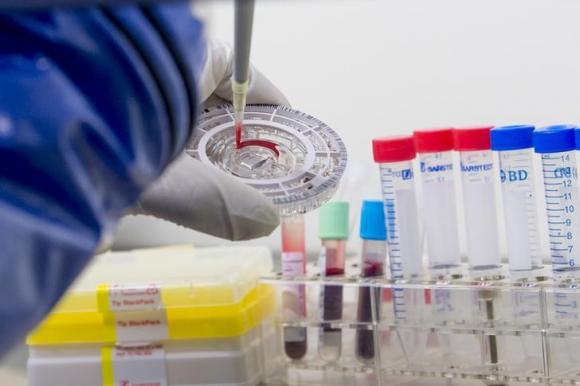 A year after Ebola discovered, relapses seen in fight to end it

DAKAR - Lapses that fueled the Ebola outbreak after it was first discovered a year ago are dogging the final stages of the fight against the virus as fatigue and complacency set in, delaying the end of the deadly epidemic. Three doctors were discovered to be infected with Ebola at a hospital in Guinea's capital Conakry last week in what health reports and government officials blamed on a failure to implement basic measures for infection control. Errors such as these were commonplace at the beginning of the outbreak as ill-prepared medical staff, often without protective equipment, failed to detect Ebola symptoms, turning hospitals into incubation chambers for the virus. Now, after more than $2 billion in aid and the deaths of more than 10,200 people in West Africa, the same mistakes are resurfacing. "There's a lack of vigilance," said Dr. Jean-Pierre Lamarque, regional health advisor for the French foreign ministry. "We are one year into the epidemic and people are letting their guard down." The discovery of the infections led to the identification and monitoring of up to 150 new high-risk contacts in Conakry just as Guinea, where the outbreak was first detected 12 months ago, appeared to be finally turning the corner. Ebola has smoldered and then flared up anew in Guinea several times. The minutes of a meeting held by former colonial power France's coordination team last week described the situation in Conakry as "pre-explosive" as they wait to see how many of the contacts will develop the disease. Similar oversights dogged the effort to eliminate Ebola in Liberia, which now has just one known case left. One of the last Ebola patients visited a public hospital several times in late January without being correctly diagnosed, causing the number of high-risk contacts to briefly spike. FRUSTRATION WITH RULES Ebola cases in Sierra Leone have dropped sharply from a peak of more than 500 in December to around 50 cases a week, helped by British military assistance. Still, officials say some people are chafing at Ebola rules and breaking them. In Freetown's Kingtom cemetery, mourners complain that Ebola protocols for burials involving plastic bodybags and pallbearers in coveralls, which are applied universally, go against the last wishes of their loved ones. Hundreds protested outside the main Freetown mortuary this month when a prominent opposition politician was buried the official way, even though he did not die of Ebola. The government plans a three-day lockdown to try to identify sick being kept in their homes and to reinforce anti-Ebola messages. "People are slacking up. The new cases are all to do with the violation of rules – contacts leaving their homes, unsafe burials," said an official in Sierra Leone's Ebola response team, explaining the decision to implement a lockdown. Before last year, Ebola outbreaks had mostly occurred in isolated rural locations but this epidemic has spread across borders to Nigeria, Mali and Senegal. The biggest remaining hotspot is a wedge of land immediately behind a 150-km (95-mile) strip of coastline between Conakry and Freetown. In this region, many people who have been in touch with Ebola patients can move relatively freely back and forth across the shared border, officials say. The WHO says joint surveillance teams will tackle cross-border transmission but some say not enough has been done and this remains a blind spot. "There are lots of people who talk about it but you have to really look for evidence of this on the ground," said Jerome Mouton, Guinea country manager for Medicins Sans Frontieres (MSF). MSF, a leading medical charity, was the first to raise the alarm over Ebola and on Monday said the slow international response created an avoidable tragedy. In Guinea, there continues to be a mix of suspicion and outright violence towards healthcare workers, Mouton said. Seven months from a presidential election, some expect it to intensify. "Certain people don't seem to want it over and they don't want the government to take the credit for ending it," said Philippe Maughan, senior Ebola operations manager at ECHO, the European Commission's humanitarian aid branch. President Alpha Conde has already pushed back the deadline to zero cases from early March to mid-April – a target that the WHO regional director Dr. Matshidiso Moeti still calls "very ambitious". - Reuters