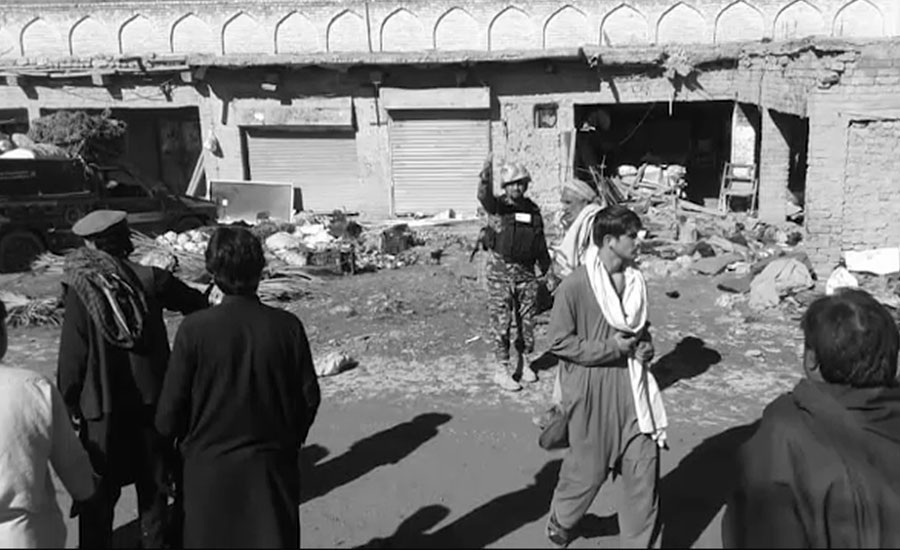 PESHAWAR (92 News) – At least 33 people were killed and over 56 injured in a blast in Kalaya Bazar, Lower Orakzai agency of Hangu district on Friday. As per reports, a bomb was exploded in the Jumma Mandi Bazar, situated in the area of the lower Orakzai Tribal district. The blast took place outside the gate of a local madrassah. One car also damaged due to the blast. As many as 56 people were injured, who have been shifted to the hospital. The sources said that almost 10 civilians lost their lives during the incident, while security forces have reached the site. Earlier today, the security forces foiled a terrorist attack on Chinese Consulate in Karachi this morning killing three terrorists while two Police personnel also embraced martyrdom. According to the police sources all the staff of Chinese Consulate remained safe in the incident. The security of Chinese Consulate and other sensitive installations has been tightened and the situation is now under control. A prompt response from the security agencies has successfully repelled the attack on Chinese Consulate in Karachi. Two police guards posted here embraced martyrdom during exchange of fire with the militants.