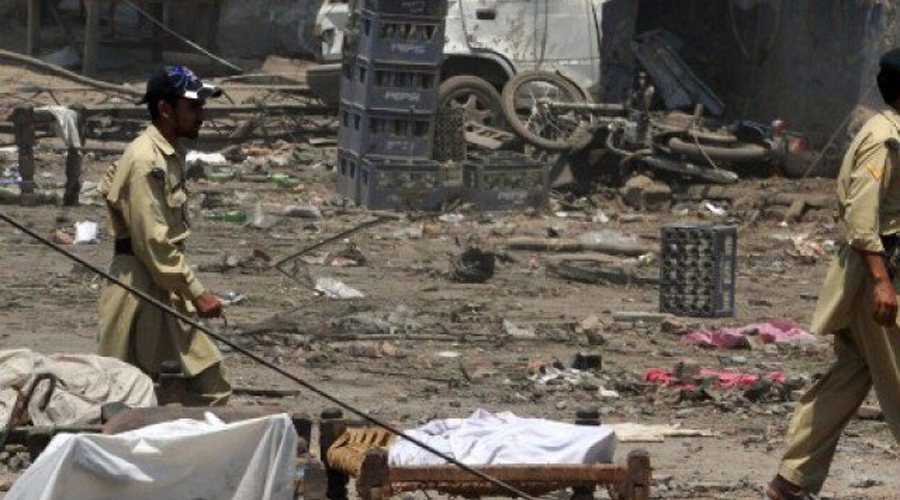 PESHAWAR (92 News) – Twenty-five people were killed while 31 others injured in a blast outside Jamia Masjid Payee Khan in Anbar tehsil on Friday. The people were offering the Friday prayers when the blast occurred. Eyewitnesses told 92 News that it was suicide blast. The injured were immediately shifted to Bajaur Hospital. Seven critically injured people were shifted to CMH Peshawar by helicopter. After the incident, security officials have collected important proofs and sent them to the forensic laboratory. Meanwhile, Prime Minister Nawaz Sharif has condemned the blast and prayed for the victims. He also prayed for the early recovery of the injured. "Terrorist activities cannot shake the resolve of the government," he said.