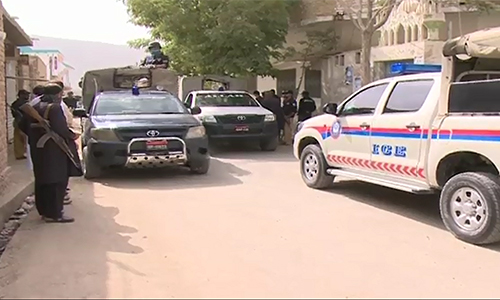 PESHAWAR (92 News) – The law enforcement agencies arrested 11 suspects, including four terrorists, in Shabqadar on Saturday. Meanwhile, the police arrested 92 suspects in Peshawar. Two suspects were arrested from Kohat Road, Hangu. IEDs and hand grenades have been recovered from the terrorists. Over 180 suspects have been arrested from different areas of Punjab.