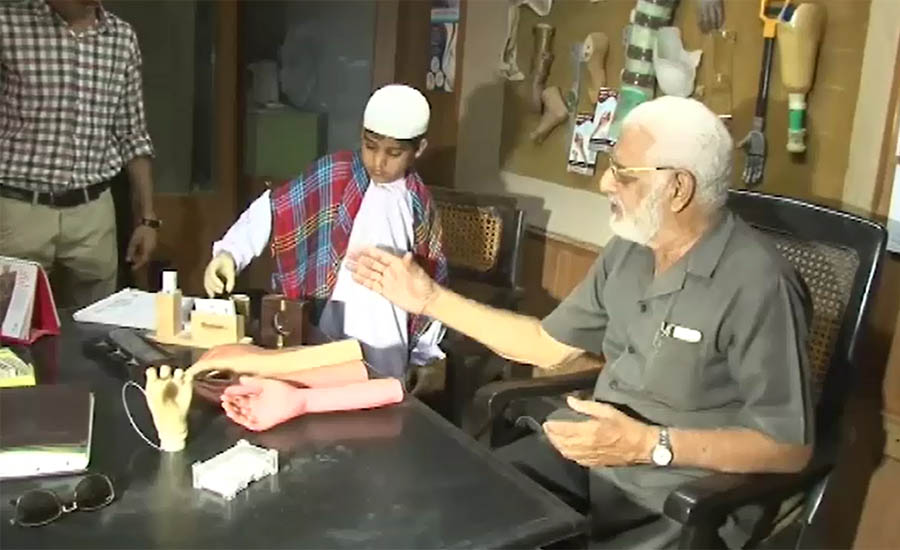 MULTAN (92 News) – An 11-year-old boy, who lost his arms due to negligence of K-Electric, received prosthetic arms at a hospital in Multan. Haris had lost his arms due to negligence of K-Electric. Dr Mirza Akram had promised the family to give prosthetic arms. His family is jubilant after seeing their dear one with prosthetic arms. Now Haris can write as well as lift some weight. The doctor’s effort has saved the boy from lifetime disability. He has also offered him free treatment for ever.