Our desire for peace must not be misconstrued as weakness, says CNS Admiral Amjad Niazi

Our desire for peace must not be misconstrued as weakness, says CNS Admiral Amjad Niazi

Addressing the ceremony, Chief of the Naval Staff highlighted the technological strides and recent acquisitions made by Pakistan Navy and underscored the responsibility and challenges entrusted upon newly commissioned officers.

The Admiral said that Pakistan is a peace loving country and desires to maintain amiable and friendly relations with all its neighbors. "Our desire for peace and readiness must not be misconstrued as our weakness as the Armed Forces of Pakistan are fully cognizant of all such nefarious designs and stand fully ready to foil them, whatever may be the cost," he added.

He advised the newly commissioned officers to be grateful to Allah Almighty and remain resolute while taking up the sacred task of defending the motherland and put in their best to live up to the expectations of the nation in line with PN traditions.

The Naval Chief congratulated the commissioning term for practically joining proud community of the maritime defenders of Pakistan. He also felicitated Midshipmen from friendly countries on becoming commissioned officers. 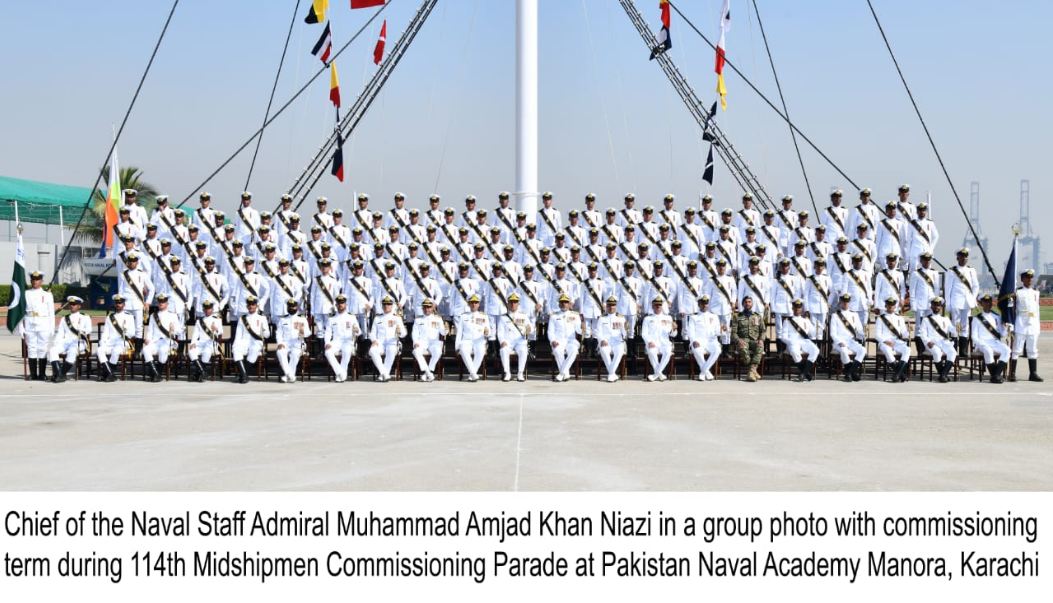 The ceremony was attended by senior military officers, civil dignitaries and parents/ relatives of passing out Midshipmen.