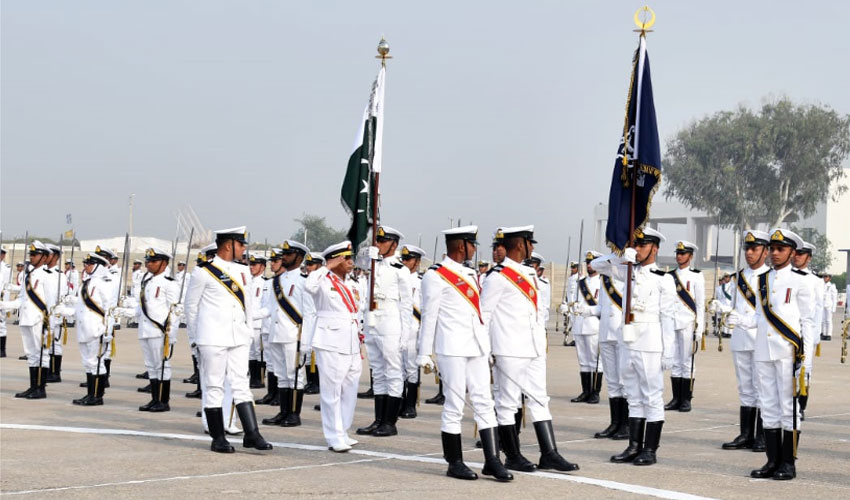 While addressing the ceremony, Commander Royal Bahrain Naval Force congratulated the commissioning term for successful completion of the training and highlighted the modern warfare dynamics, while underlining challenges of responsibility for newly commissioned officers. The Admiral also appreciated friendly countries Midshipmen on being commissioned in forces of their respective nations. Cherishing his time spent as the Alma Mater, Chief Guest emphasized upon the importance of remaining resolute while taking up the sacred task of defending their countries. He urged the newly commissioned officers to put up their best to live up the glorious tradition of their services and become a pride of their nation. 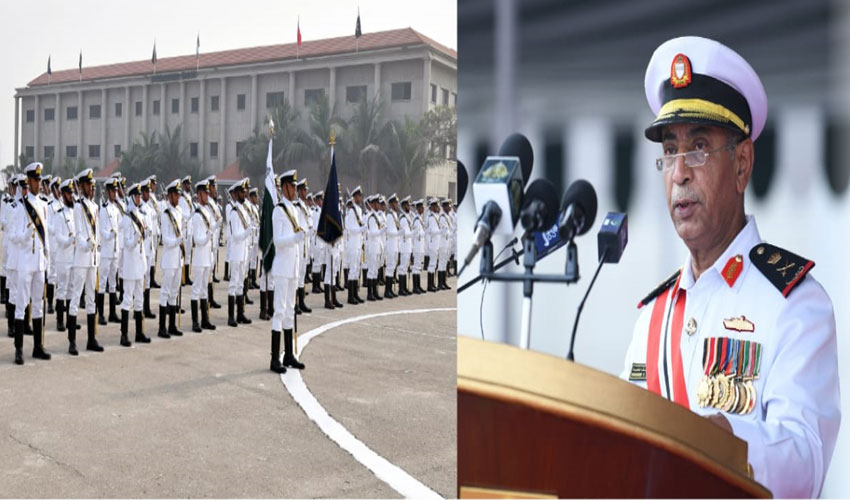 Earlier in welcome address, Commandant Pakistan Naval Academy Commodore Sohail Ahmad Azmie, highlighted the quality education afforded to Pakistani as well as friendly countries' Cadets at Naval Academy. While addressing the commissioning term, he urged them to hold fast the ideals of loyalty, honour and courage, in order to become Officers with firm character.

The Parade was attended by senior civil, military officials and parents of cadets.