119 more people died due to the worst floods in the country: NDMA 119 more people died due to the worst floods in the country: NDMA

ISLAMABAD (92 News) - The worst floods in the country continued, 119 more people died in one day.

The National Disaster Management Authority (NDMA) released details of the damage. According to the report, the total number of deaths has exceeded 1000, so far 348 children have lost their lives in the flood disasters. More than 1500 people were injured, 800,000 cattle were killed and 1000,000 houses were damaged. 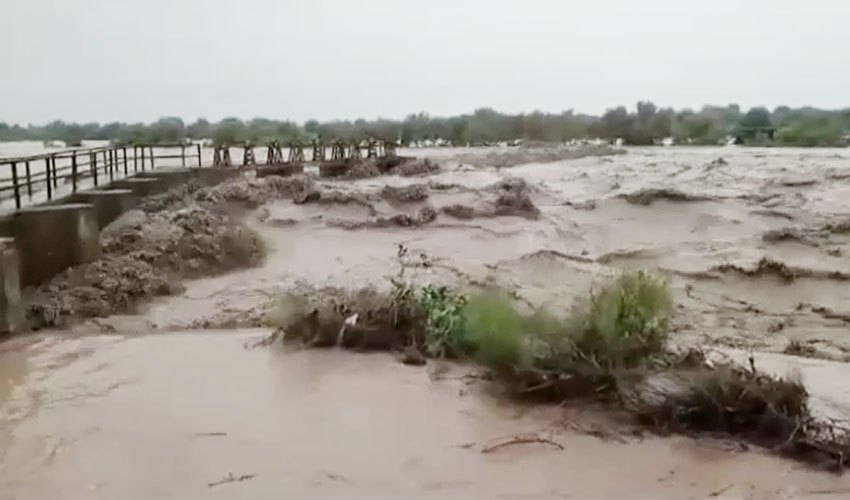 Streams and bridges were swept away, 3,451 kilometers of roads and 149 bridges were damaged. In total, around 6 million people were affected, 500,000 people are staying in various relief camps.