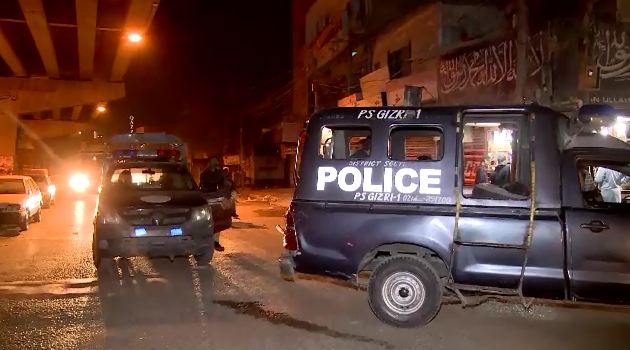 KARACHI (92 News) – At least 12 suspects were apprehended during a search operation carried out in Karachi’s Guzri area on Wednesday.

As per details, on a tip off the presence of criminals, police conducted a search operation in PNT Colony. During the operation, police cordoned off the area, searched the houses and detained 12 suspects.

In another incident, citizens caught and thrashed a dacoit used to loot citizens on roads, underpasses and homes in Nazimabad area of Karachi. Residents handed over the suspect to the police after the beating.

Police have recovered mobile phones and motorcycle and shifted the accused to Abbasi Shaheed Hospital.