13 bookies rounded up in Karachi 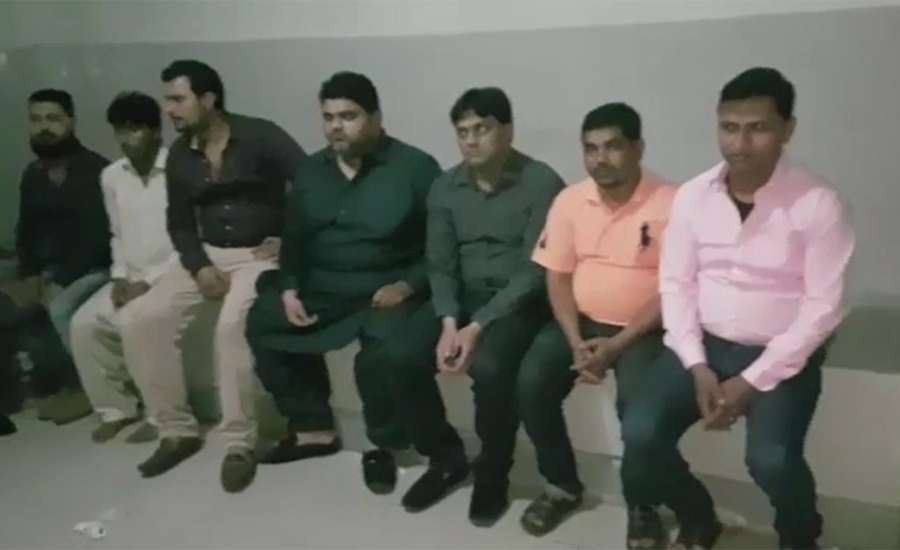 13 bookies rounded up in Karachi

KARACHI (92 News) – Police have on Sunday apprehended 15 accused including 13 bookies on Sunday allegedly preparing to place bets on the final of Pakistan Super League (PSL). According to the Darakshan Police the accused were preparing to place bets on a PSL’s final to be played in National Cricket Stadium in Karachi during a raid carried out at a house Defense Housing Authority (DHA). A total of Rs6 million in local and international currency, mobile phones, laptops and expensive watches were recovered from the possession of alleged bookies. Police said that the two accused had arrived in Karachi few days ago. The law enforces have launched an investigation.