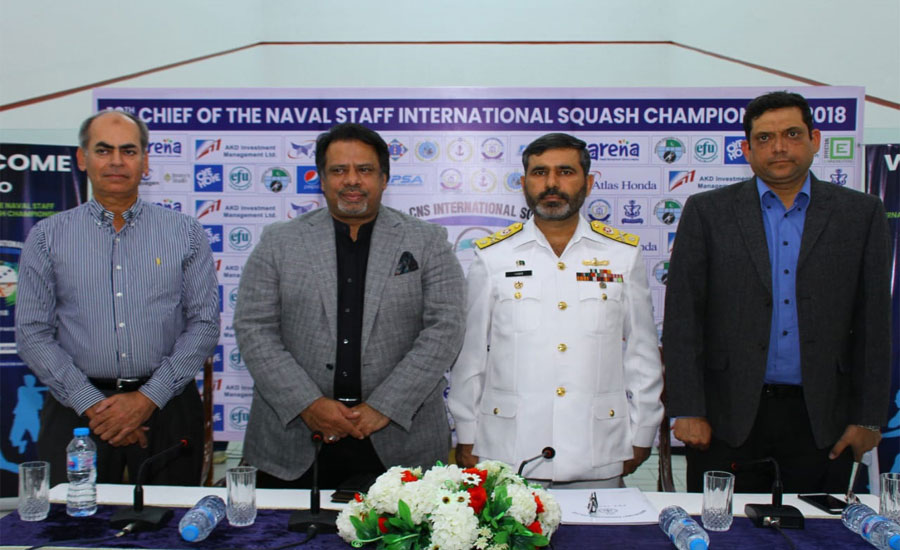 KARACHI (92 News) – The 13th Chief of the Naval Staff International Squash Championship 2018 will be played at PN RK&JK Squash Complex from December 6 to 10. Addressing a press conference on Tuesday, Commodore Habibur Rehman said that the championship comprises of 23 matches. “The first CNS Squash Tournament was played 2000 with prize money of US$6,000 whereas the prize money has increased with the passage of time with an aim to promote the game and to bring the best world players to this court. This year an amount of US$18,000 has been earmarked as prize money for the championship,” he disclosed. Top national players will be seen in action during the tournament as the tournament carries international ranking points. 12 local and 12 international players are participating in the tournament, including foreign players from eight different countries – Islamic Republic of Iran, Egypt, Malaysia, Qatar, Mexico, Hong Kong, Kuwait and Portugal. The tournament will be played at PN RK & JK Squash Complex named after two legends of the game inaugurated on June 19, 1991. Pakistan Navy has an old and deep rooted association with squash which dates back to the independence. In Pakistan Navy, squash was started at a single court at Manora and the journey from single court to a world class squash complex became possible by deep commitment of Pakistan Navy with this game.