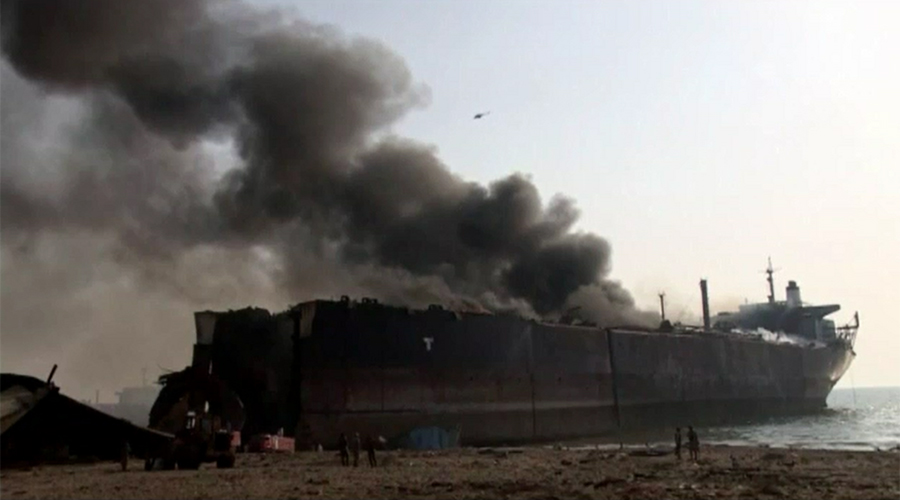 LASBELA (92 News) – At least 14 workers were killed and more than 60 injured on Tuesday after a huge blast ripped through an oil tanker at a ship-breaking yard, trapping others inside the vessel. The leader of a ship-breaking workers union said fire had engulfed the vessel moored in Gaddani. "Things are really bad here," union president Basheer Mehmoodani told Reuters by telephone. "There's an unclear number of workers said to be trapped in the burning ship." At least 14 people were killed and another 60 injured in the blast, said Zulfiqar Bokhari, a senior administrative official in the area. Nasir Mansoor, a representative of the National Trade Union Federation of Pakistan, said the explosion sent pieces of metal flying up to two kilometers (one mile) away. The blast occurred in the fuel tank of the ship, which was still on fire, he said. Firefighters from Karachi and from the air force and navy were attempting to put out the blaze, he said. Mansoor said the firefighters would have to wait for the fire to die out "as they lack the foam required douse it." –Reuters