KARACHI (92 News) – The 145th birth anniversary of Father of Nation Quaid-e-Azam Muhammad Ali Jinnah is being observed today with traditional zeal and enthusiasm.

The day dawned with special prayers for the security, progress and prosperity of the country.An impressive change of guard ceremony, in connection with the birth anniversary celebrations of Quaid-e-Azam Mohammad Ali Jinnah was held at the Mazar of Quaid-e-Azam in Karachi, where Pakistan Military Academy contingent took over the duty. 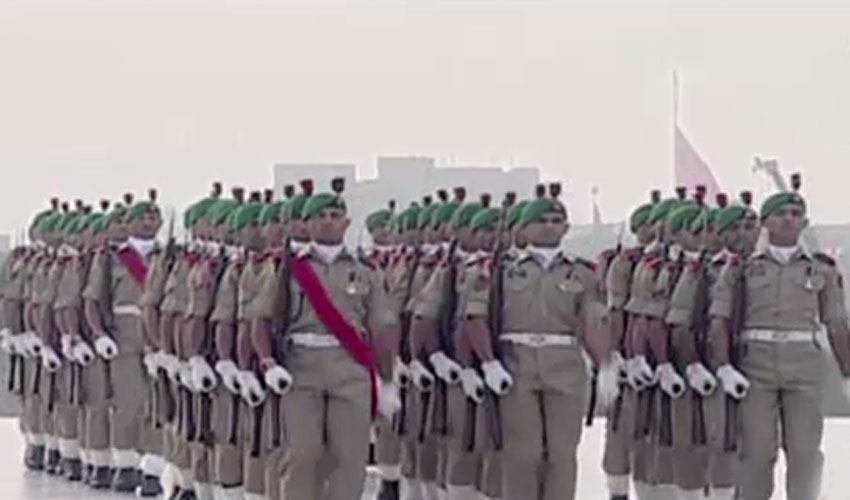 Prime Minister Imran Khan in his message on the occasion of birth anniversary of Quaid-e-Azam Muhammad Ali Jinnah, has emphasized upon youth to adopt Quaid’s attributes of honesty, hard work, perseverance and dedication.

He said that we as a nation need to adopt these attributes to realize Quaid’s vision of a developed, progressive and tolerant Pakistan. “Muhammad Ali Jinnah realized importance of a separate homeland for Muslims of the subcontinent where all citizens could enjoy freedom of faith, occupation and equal opportunities.”

Mohammad Ali Jinnah was born at 25 December 1876 and died at September 11, 1948 in Karachi. Quaid-e-Azam is the founder of Pakistan. After the partition of India, he became the Governor-General of Pakistan. As a mark of respect, Pakistanis call him Quaid-e-Azam (the great leader). People also called him Baba-I-Quam (the father of the nation).

The role of Quaid-e-Azam for creating a separate country for the oppressed Muslim minority in Sub-continent cannot be denied at any level.

Best way of paying tribute to the Father of the Nation is to sincerely strive for making Pakistan a peaceful, moderate, welfare and a developed Islamic state in accordance with his vision.