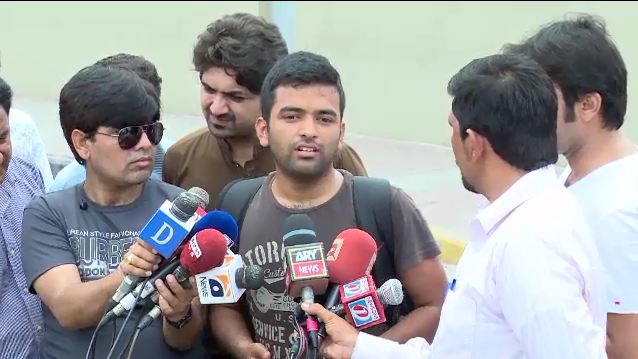 ISLAMABAD (92 News) – Flights carrying 165 Pakistanis stranded in Turkey after a failed military coup have on Sunday landed at Benazir International Airport Islamabad. Talking to media after returning from Turkey, Pakistanis said that all airports were closed after the conditions of the country deteriorated. They said that they spent three days at the airport as the flight schedule affected following a failed military coup, adding that the panic gripped the people. The returned Pakistanis further complained about Pakistan’s embassy saying that the Pakistani embassy didn’t help them in this hour of need.