17 children among 84 martyred in Israeli air strikes on Gaza 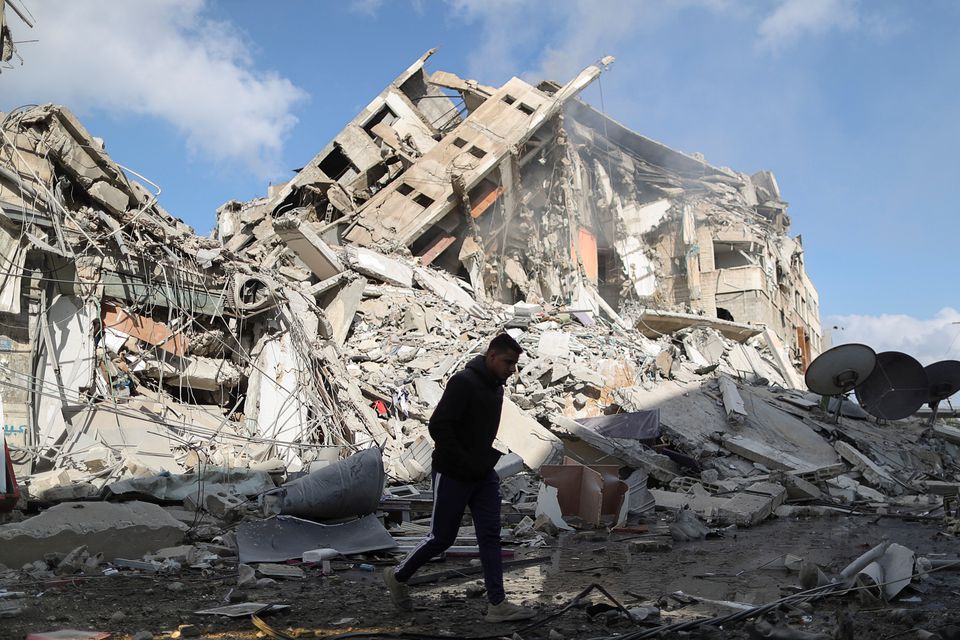 17 children among 84 martyred in Israeli air strikes on Gaza

GAZA (92 News) – At least 84 people have been martyred in Gaza since violence escalated on Monday, medics said, further straining hospitals already under heavy pressure during the COVID-19 pandemic.

“We are facing Israel and Covid-19. We are in between two enemies,” said Asad Karam, 20, a construction worker, standing beside a road damaged during the air strikes. An electricity pole had collapsed by the road, its wires severed.

“Mass up as you wish, from the sea, land and sky. We have prepared for your kinds of deaths that would make you curse yourselves,” he said.

Palestinian militants fired more rockets into Israel’s commercial heartland on Thursday as Israel kept up a bombing campaign in Gaza and massed tanks and troops on the enclave’s border.

The violence has also spread to mixed communities of Jews and Arabs in Israel, a new front in the long conflict. Synagogues were attacked and fighting broke out on the streets of some communities, prompting Israel’s president to warn of the danger of civil war.

In renewed air strikes on Gaza, Israeli warplanes struck a six-storey residential building that it said belonged to Hamas, the Islamist group that controls the Palestinian enclave. Netanyahu said Israel has struck close to a thousand militant targets in Gaza in total.

Health authorities in Gaza said they were investigating the deaths of several people overnight who they said may have inhaled poisonous gas.

US President Joe Biden said he hoped fighting “will be closing down” sooner rather than later. British Prime Minister Boris Johnson called for an “urgent de-escalation” of violence.

Prime Minister Benjamin Netanyahu has said Israel will continue strikes against Hamas and other Gaza groups.

On Wednesday, Israeli forces killed a senior Hamas commander and bombed several buildings which Israel said were linked to the faction’s activities.