17 Indian soldiers, 4 attackers killed in attack on army base in IHK 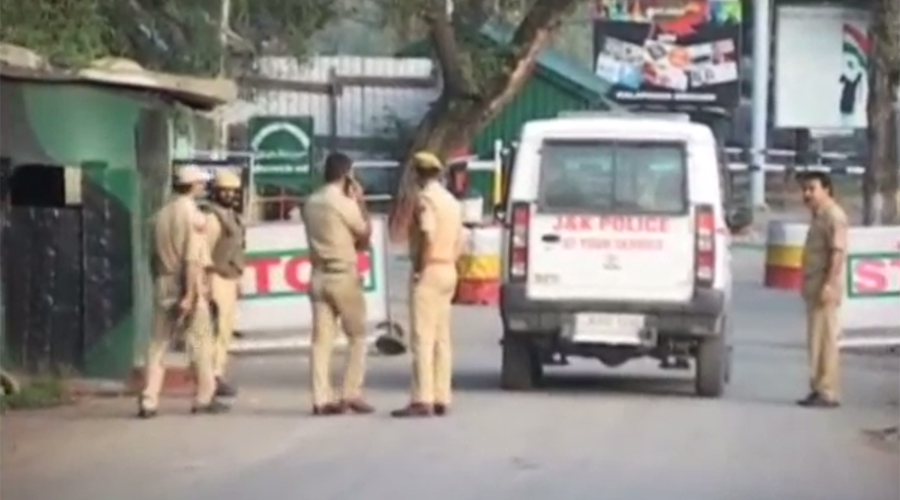 17 Indian soldiers, 4 attackers killed in attack on army base in IHK

SRINAGAR (92 News) – Some unidentified men attacked an Indian army brigade headquarters on Sunday, killing 17 soldiers in the most deadly such attack in the northern region of Indian-held Kashmir (IHK). Four attackers - willing to fight to the death - were confirmed killed after penetrating the base in Uri near the Line of Control, an Indian army spokesman said. The number of soldiers killed in the attack had risen to 17, making the toll far worse than a similar raid on an army base in Punjab state in January that India has blamed on Pakistan-based militants. The army deployed helicopters to evacuate soldiers had been injured in the dawn attack that was followed by an hours-long gunfight. The Indian Defense Ministry in New Delhi put the number of wounded at 35. The raid comes amid heightened tension in the Valley, which has faced more than two months of protests following the July 8 killing of Burhan Wani. At least 105 civilians have been martyred and thousands injured in street clashes with the Indian security forces, who have been criticized by the human rights groups for using excessive force including shotguns that fire pellets that have blinded people. Home Minister Rajnath Singh said in a series of Twitter posts that he had spoken to the region's political and military leadership and had instructed senior officials to monitor the situation. He cancelled planned trips to Russia and the United States. "We have activated the entire force in and around Uri sector to step up security and launch combing operations," a senior Home Ministry said. "It is clearly a case of cross-border terror attack. We don't know which militant group is involved." There has been no claim of responsibility. The military death toll was the worst in Indian-occupied Kashmir at least since a raid in December 2014, also near Uri which is to the west of the region's main city of Srinagar, in which eight soldiers and three police were killed. The United Nations will soon hold its annual general assembly in New York, where Kashmir is likely to come onto the agenda. Separately, a prominent Kashmiri rights activist has been held in Srinagar after being prevented from catching a flight to a UN Human Rights Council meeting in Geneva.