18 containers fall into sea as two ships collide in Karachi 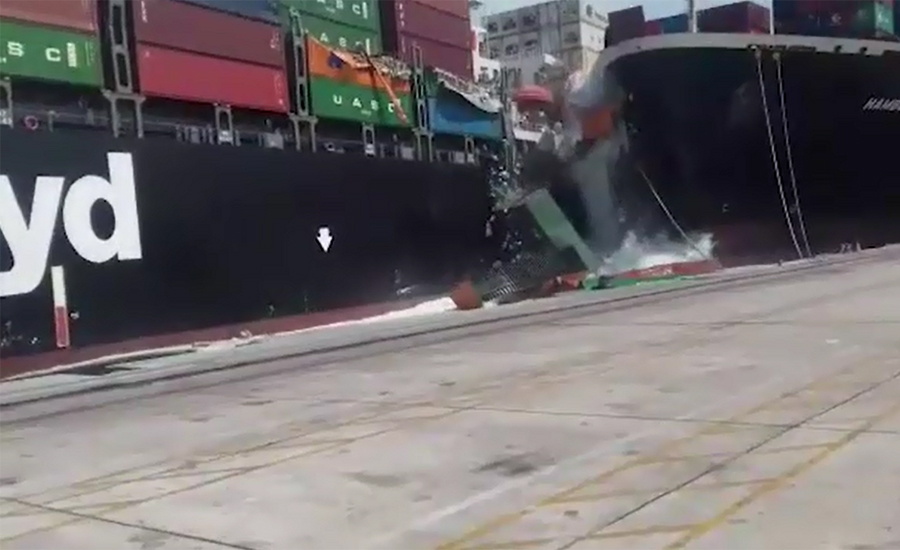 18 containers fall into sea as two ships collide in Karachi

KARACHI (92 News) – As many as 18 containers fell into the sea after a collision between two ships in Deep Sea Terminal near KPT on Monday. The rescue operation was launched soon after the accident. The port staff reached the spot and evaded further losses. The transportation of ships was suspended sometime after the accident. The officials said that the work on the port will be started after fishing out the containers.