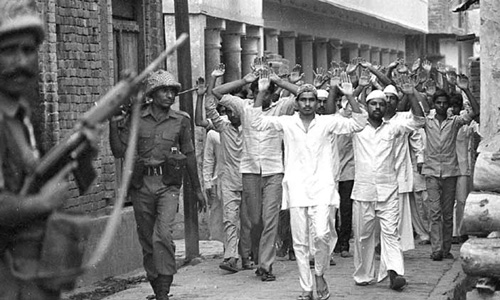 NEW DELHI –Additional Sessions Judge Sanjay Jindal on Saturday acquitted 16 Uttar Pradesh policemen accused in the 1987 Hashimpura massacre in which over 40 Muslim were killed, 92 News reported. The court said that the prosecution has been unable to establish the identity of the suspected policemen. In 1987, over 40 Muslims were killed during riots in Meerut after they were picked up from the Hashimpura Mohallah of the city allegedly by policemen during a search operation. The charge-sheet in the case was filed before Chief Judicial Magistrate (CJM), Ghaziabad in 1996. The case was transferred to Delhi in September 2002 on the order of the Supreme Court following a petition by the families of the massacre victims and survivors. Three of the 19 accused died during the trial.