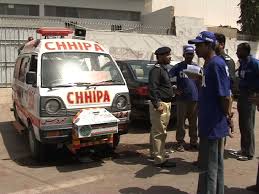 KARACHI (92 News) – A trader and his driver were shot dead in North Nazimabad on Wednesday. The police claimed to have arrested one of the two target-killers. The IGP Sindh has announced a reward of Rs 500,000 for the police team arresting the culprit.