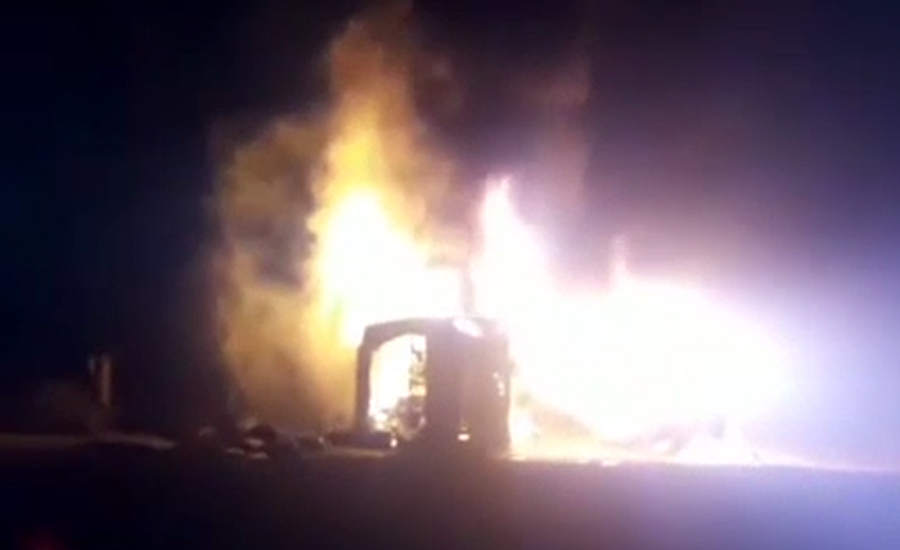 HUB (92 News) – The provincial government on Tuesday announced formation of joint investigation team (JIT) on the Hub tragedy, in which, bus caught fire after collision with an oil tanker near Bela in Balochistan’s Hub. According to the reports, the first information report (FIR) has been lodged in Bela Police Station related to the incident. It was reported that the most of bodies from 27 has been provided to their heirs. A day earlier, at least 27 people dead and 16 were injured when a bus caught fire after collision with an oil tanker near Bela in Balochistan’s Hub. According to the Lasbela Deputy Commission Shabbir Mengal, 27 people dead in fire that erupted after a collision between a coach and truck in Balochistan’s Bela. The coach was travelling from Karachi to Panjgur and the accident occurred near the Bela crossing, in the Lasbela district. It was reported that there were 32 people in the coach and 16have been wounded. They were all taken to Civil Hospital, Lasbela, where the condition of four passengers is being termed critical. Lasbela DC and Levies personnel are at the scene but so far a fire brigade vehicle has not arrived. People are working to extinguish the blaze on their own. Rescue officials said that they have started relief activities after the accident. Earlier in this month, three members of a same family were killed and in a traffic accident in Sahiwal. The accident happened due to over-speeding when a car and a bus collided. However, the car-bus collision leaves three lives dead and four injured. The deceased were all from the same family and were travelling home after attending a wedding in Sialkot.