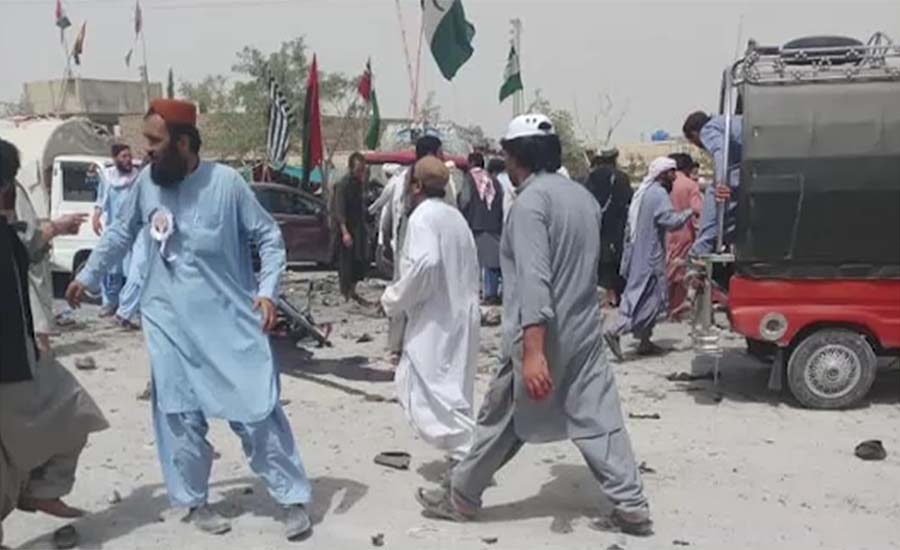 QUETTA (92 News) - At least 31 people including policemen were martyred in a blast near a polling station in Quetta on Wednesday. According to the reports, the blast took place at a polling station near Eastern bypass in Quetta. The blast was followed by a stampede, injuring 40 people. According to Balochistan IG, a police mobile was targeted in the blast. CPO Abdul Razzaq Cheema remained safe in the blast. The suicide bomber on a motorcycle targeted the Police mobile. Security officials and rescue teams arrived at the crime scene after the blast. The area has been cordoned off and a search operation has been initiated. The injured have been shifted to hospital for treatment. Earlier, at least four persons were injured in a cracker blast at Pakistan People’s Party (PPP) camp in Larkana. A Pakistan Tehreek-e-Insaf (PTI) worker was also shot dead earlier in Swabi today. The firing took place in Colonel Sher Khan Kila area of Swabi. The injured have been shifted to hospital for treatment. Polling began at 8am in the morning and will conclude at 6pm in the evening. The nation will elect 270 members of the National Assembly and 570 members of all the four provincial assemblies for the next five-year term today.