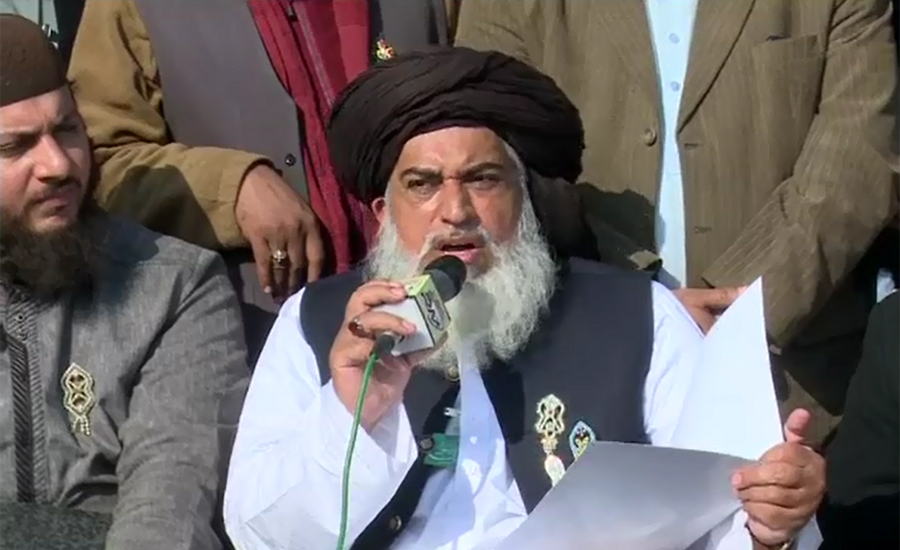 ISLAMABAD (92 News) – Twenty workers of the Tehreek Labbaik were released under the agreement with Maulana Khadim Rizvi on Monday. Maulana Khadim Rizvi had said that they would end the Faizabad sit-in when the government would start implementing the agreement. “We will end the sit-in if all the workers were released by tonight,” he added. Following the voluntary resignation of Federal Law Minister Zahid Hamid, the government and protesters reached an agreement on Monday to end the sit-in. Khadim Hussain Rizvi, the leader of Tehreek Labbaik made the official announcement to end the sit-in around 10:30am. He appealed to protesters across the country to disperse, adding that the Faizabad-based protesters are packing up their things and will soon vacate the sit-in site. Rizvi also temporarily took the media hostage after he learned that his press conference was not given live coverage due to the government's ban. However, media personnel were given safe passage after the Rangers intervened. According to the agreement, the government will release, within 30 days, the report of the committee set up to probe the change in the amendment to the Khatm-e-Nabuwwat Act for electoral candidates in the Elections Act 2017. It also states that those found responsible are punished according to the relevant laws. The agreement also includes the condition that the workers of religious parties, arrested since November 6, 2017, will have to be released and cases against them dismissed. It is also stated in the agreement that an inquiry board will be set up to probe the events surrounding the government action against protesters on November 25 and fix responsibility.