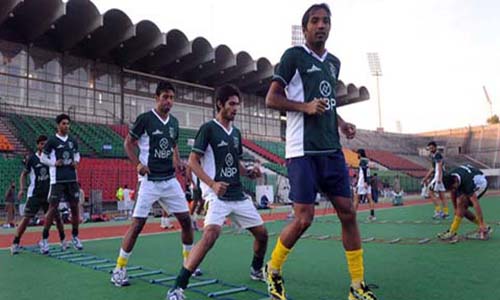 ISLAMABAD (92 News) – The Pakistan Hockey Federation (PHF) has closed the training camp for the 2016 Olympic qualifiers until April 10, citing the 'financial constraints'. The camp, which was in progress at the Naseer Bunda Hockey Stadium, Islamabad, has been shut because the PHF has no funds to give daily allowance to the players. The closure of the camp will not only badly affect the preparation of the team but is also a great setback to the national game which won two silver medals at major events last year. The camp’s closure will demoralize the players as well. “The camp has been postponed in view of the bitter fact that the PHF has no funds to pay daily allowance to the participating players. We will review our financial condition in the coming days and then will decide whether to continue the camp,” a PHF official said.