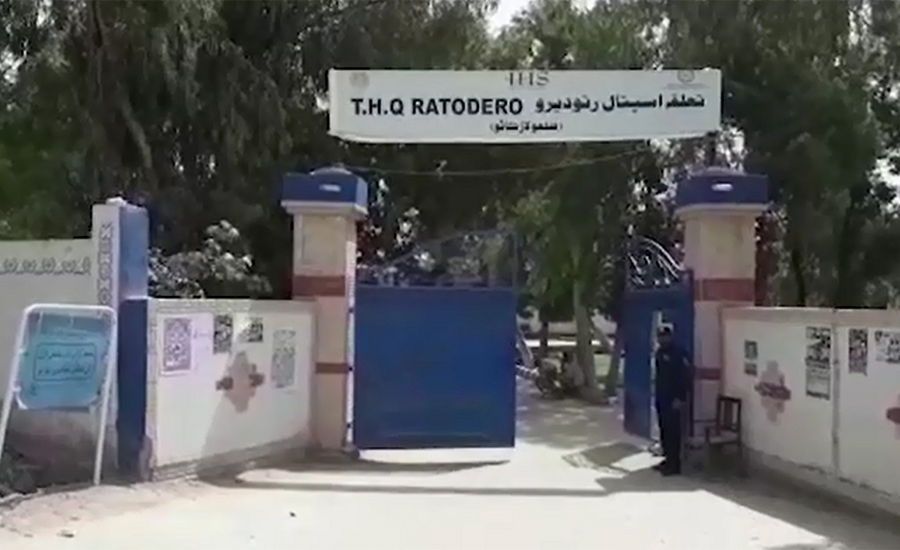 LARKANA (92 News) – As many as 23 more human immunodeficiency viruses (HIV) positive cases were detected on Tuesday, increasing tally to 180 including 146 children. Sindh AIDS Control Program in-charge Dr Sikandar Memon has confirmed the increase in the number of patients. On Tuesday, blood screening of 438 people was conducted and 23 more people, including 19 children, tested positive. On the other hand, the joint investigation team (JIT) visited the clinic of the arrested quack Muzaffar Ghangro. They took the material, including samples and syringes, into custody. Doctor Muzaffar Ghangro was arrested on directive of the deputy commissioner on accusation of spreading the disease. Muzaffar Ghangro has rejected the allegation. The joint investigation team (JIT) has collected the record about the patients. Meanwhile, three children were dead due to the disease in Larkana. SP Babr Memon said that the post-mortem of dead children can be conducted if needed. Sources said that the affected people include 25 children. They said that the doctor, who himself was an AIDS patient, had been administering injections to the people though his syringe carrying the virus. The report said another local doctor Imran Ali Rabbani had reported the AIDS cases. It said Imran had apprised the Sindh Health Department and head of AIDS centre about it. During the crackdown against quacks on the reports about spread of HIV in the area, the Larkana deputy commissioner had asked the doctors and staffers of a private clinic to undergo tests. On the other hand, Muzaffar Ghangro said that there were no symptoms of AIDS in him. He alleged that the Sindh Healthcare Commission officials had registered a false case against him to save themselves.