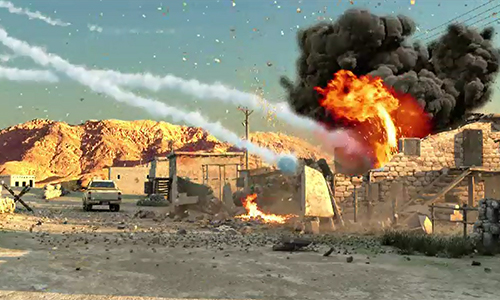 RAWALPINDI (92 News) – Sixty-five terrorists were killed while several others injured when PAF jets pounds their hideouts in Shawaal and Dattakhel areas of North Waziristan Agency on Monday. Five hideouts of terrorists were also destroyed. Meanwhile, 15 terrorists, including two suicide bombers, were killed by security forces in Khyber Agency.