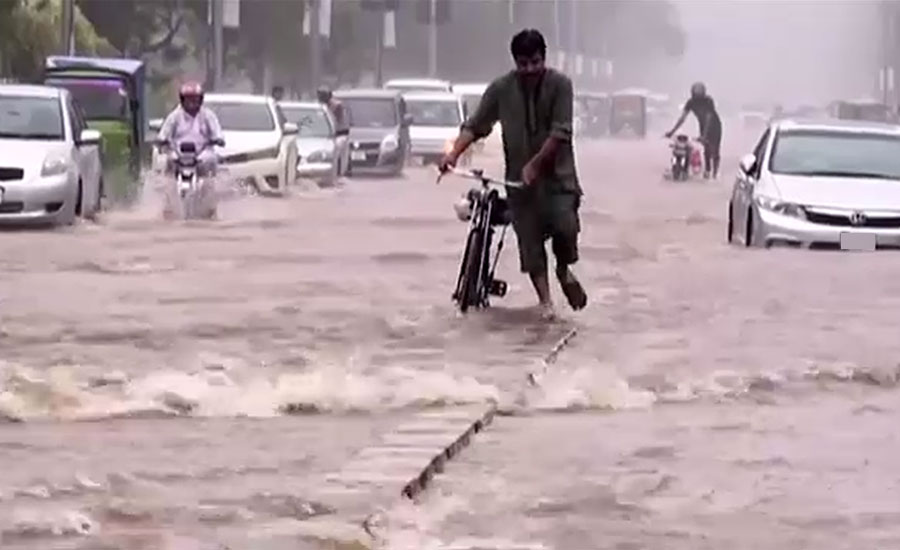 LAHORE (92 News) – The incessant rain that continued for about three hours inundated low-lying areas in the city on Tuesday.

After the rain, all roads were presenting the look of canals and streams. Rainwater entered in several houses, making the life difficult for residents.

Traffic was badly disrupted on all main and link roads in the city.

Rain-thundershower associated with gusty winds occurred at scattered places in Hazara, Rawalpindi, Gujranwala, Faisalabad, Lahore divisions, Islamabad and Kashmir, while at isolated places in Malakand, Peshawar, Zhob and DG Khan divisions. Weather remained hot and humid in other parts of the country.