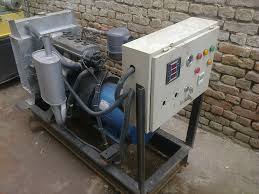 LAHORE (92 News) – As many as 28 children fell unconscious after gas leaked from a generator in a school on Saturday, 92 News reported. The incident took place when a ceremony was ongoing at a private school in Mughalpura area. The leakage of carbon dioxide from the generator caused the children to fell unconscious. The children were shifted to a nearby hospital.