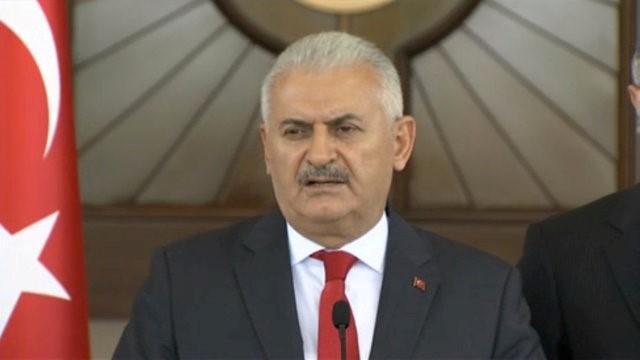 ISTANBUL – A total of 2,839 members of Turkey's military have been detained in connection with an attempted coup overnight, Prime Minister Binali Yildirim said on Saturday, adding that those detained included ordinary soldiers and high-ranking officers. Yildirim, in a news conference in the capital Ankara, said the situation was fully under control and that "our commanders" were in charge of the military. He called on Turkish citizens to fill town and city squares with flags on Saturday evening and said parliament would meet at 1200 GMT to discuss the attempt. Friday night's coup attempt was a black mark on Turkish democracy but the nation has given the "best response" to terrorists, Prime Minister Binali Yildirim said. He said members of the "parallel structure" - government shorthand for the followers of US-based Muslim cleric Fethullah Gulen - were in the hands of Turkish justice. Yildirim said 161 people had been killed and 1,440 wounded in the coup attempt. He said that any country that stands by the Muslim cleric Fethullah Gulen will not be a friend of Turkey and will be considered at war with the NATO member. The government said that followers of Gulen, who has been living in self-imposed exile in the United States for years, were behind the attempted coup by a faction of the military on Friday. The government accuses Gulen of trying to build a "parallel structure" within the judiciary, education system, media and military as a way to overthrow the state, a charge the cleric denies. –Reuters