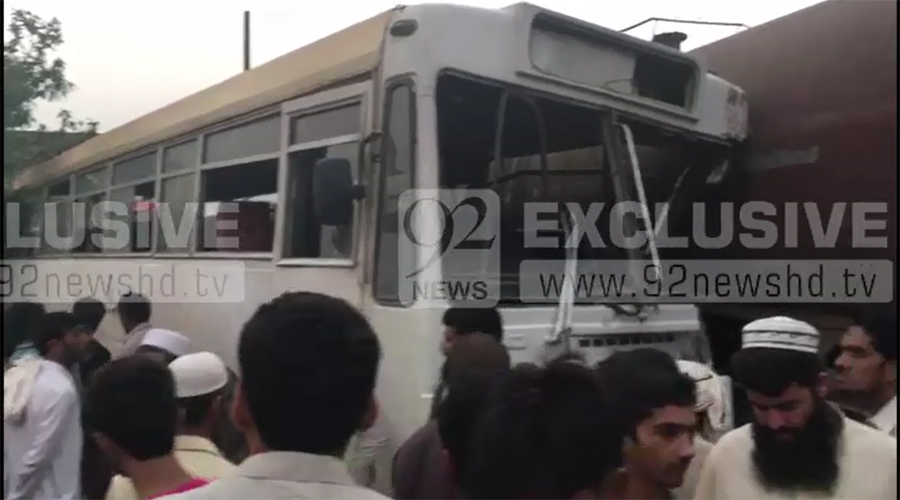 PATTOKI (92 News) – One police official among four others were killed as a goods train crashed into a bus at Pattoki Railway Track early on Friday. According to details, over 25 people have been injured in the accident. The accident happened because the railway track was left open. Rescue teams arrived at the scene of accident and shifted the dead and injured to nearby hospital.