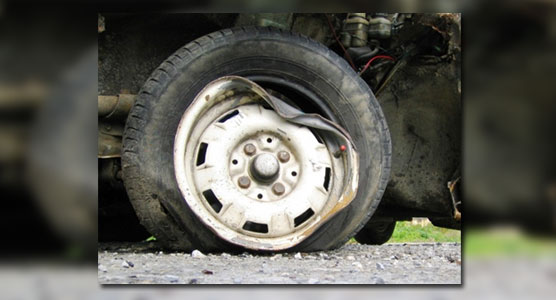 SHEIKHUPURA (Web Desk) - At least 30 passengers got injured when a speeding bus overturned near Maliyan Kalan area on Sheikhupura-Muridke Road today (Saturday), 92 News reported. Rescue teams arrived at the scene and shifted the injured including women and children to District Headquarter and Tehsil Headquarter hospitals in Sheikhpura. The ill-fated bus was travelling from Shakargarh to Faisalabad. Pakistan has an appalling record of traffic accidents due to poor roads, badly maintained vehicles and reckless driving.