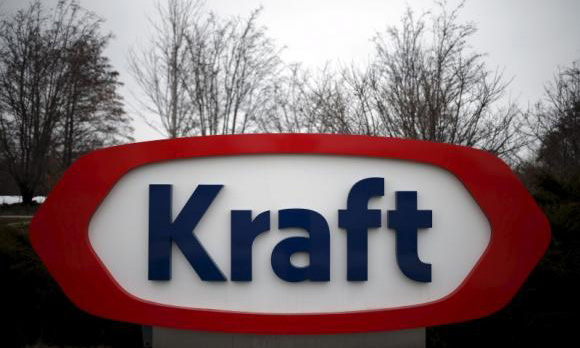 NEW YORK - When Kraft Foods Group merges with H.J. Heinz Co, they will share a name, a central place in the American kitchen and two headquarters near Chicago and Pittsburgh. But that dual office structure may soon change, according to some industry watchers. If history is any guide, their new owners will wrest an expected $1.5 billion in annual cost savings by 2017 by removing duplicate operations, slashing perks such as the use of private jets, while scrutinizing even the most mundane expenses. "There is going to be a lot of headcount reduction," said Bob Goldin, executive vice president of food consultancy Technomic. “You will see some portfolio pruning. They aren't going to have two headquarters for long.” Heinz's backer, Brazilian private equity firm 3G Capital Partners, has made a name for itself by aggressively trimming the fat from food and beer companies struggling for growth. 3G is considered "the most aggressive in the industry in terms of running businesses on a very lean basis and maximizing margins and cash flow," said Kevin Dreyer, a portfolio manager at Gabelli Funds, which owns roughly a million shares of Kraft. “It’s certainly a good thing for holders.” 3G Managing Partner Alex Behring made clear on Wednesday, when the $46 billion deal was announced, that it would implement a strategy of zero-based budgeting at Kraft Heinz Co when it comes to the company’s cost of goods sold and selling, general and administrative expenses. The concept requires management to start each new budget year by justifying all costs from scratch, rather than the traditional method of basing their new budget on the previous year’s figures and then only having to justify any changes. Some analysts say it is likely that 3G will exceed its savings target. It represents 6 percent of the cost base of Heinz and Kraft combined, according to Dave Novosel, senior analyst who covers both Heinz and Kraft for Gimme Credit, which provides independent research on corporate bonds. EXPENSES LARGE AND SMALL When 3G teamed up with billionaire investor Warren Buffet to buy Heinz in 2013, the cuts quickly followed. They included cutting 7,000 jobs in an 18-month period, closing six factories and many smaller curbs on spending – including limiting employee use of company printers to 200 pages per month. At the time, Pittsburgh-based Heinz had separate offices to serve as its North American headquarters and its global headquarters. Those two operations were quickly consolidated into one, smaller office, according to a person close to Heinz. The copier restrictions extended to requiring printing on two sides of a page, and a reduction in the use of color printing, the person said. Investors and analysts have generally cheered the results. 3G says that Heinz is now the most profitable food company in the industry. The changes are typical of 3G's playbook. When 3G-backed Belgian brewer InBev NV acquired the largest U.S. beer producer, Anheuser-Busch Cos Inc, to form Anheuser-Busch InBev (ABI.BR) in 2008, aggressive cost cutting soon followed. And after it took control of Burger King in 2010, 3G slashed hundreds of jobs at the fast-food chain’s Miami headquarters, got rid of swanky offices and sold the corporate jet. It also took labor and operational costs off its books by franchising more than 1,300 restaurants. "When they see something that isn't working, they eliminate it," said Gary Stibel, founder of the New England Consulting Group, whose clients have included both Kraft and Heinz. "It's a very healthy diet for the company, whether it's in food, beverage or otherwise, and it does work." He added, "It's taken the food industry a long time to consolidate to this degree. It isn't over. Others will learn from what they're doing." To be sure, 3G and Kraft highlighted on Wednesday the growth potential for the combined entity as well. Heinz gets access to Kraft's well-known brands like Oscar Mayer and Velveeta, while the mac and cheese maker can use Heinz's distribution network to broaden its reach internationally. But in the United States, where packaged food makers have struggled to increase sales in the face of changing eating habits, boosting sales will be challenging. "It's much more of a margin story than a top line story," Dreyer said. - REUTERS