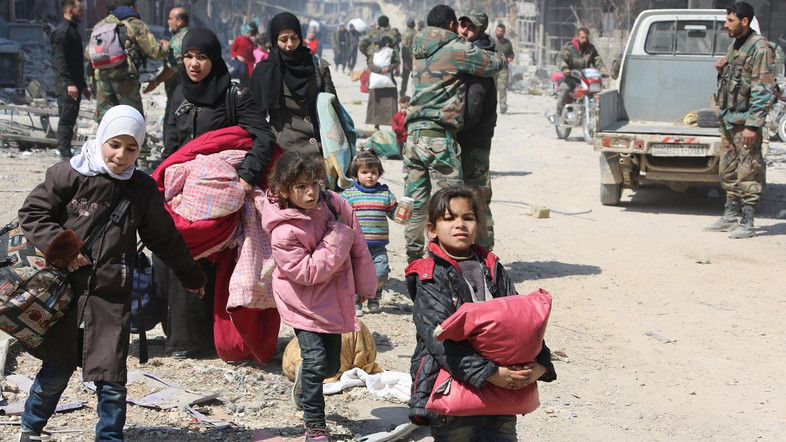 MOSCOW (Reuters) - Russia’s defence ministry said on Tuesday that more than 40,000 civilians who had fled Syria’s eastern Ghouta have returned, Interfax agency reported. The government offensive on Ghouta has been one of the deadliest of the war, killing more than 1,600 civilians, according to the Syrian Observatory for Human Rights. The government says it is restoring security to Damascus, which was regularly shelled from eastern Ghouta during the war. In the past 24 hours, 1,123 rebel fighters and their families have left the town of Douma in eastern Ghouta, Interfax citied the Russian Ministry of Defence. From the start of the humanitarian pause’s introduction in eastern Ghouta, 2,269 militants and their families left Douma, the largest urban centre in the eastern suburbs of Damascus, the ministry said.