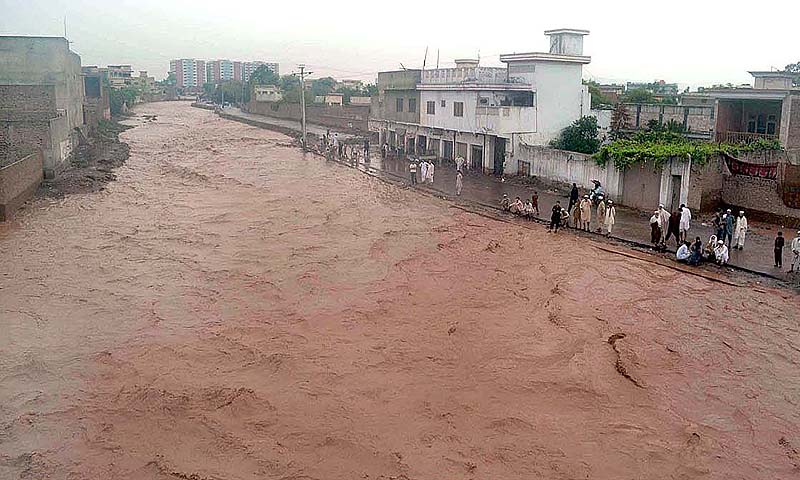 PESHAWAR (92 News) – Widespread rains wreaked havoc in several areas of Khyber Pakhtunkhwa  and tribal areas on Wednesday, claiming 5 lives including 2 children and 3 women, 92 News reported. The roof of a house collapsed claiming the lives of two girls in Khwaja-Was area of Tehsil Halimzai in Mohmand Agency.  Another incident of a roof collapse killed 3 women in Badaber area of Peshawar. More than a 100 boats, picnic huts and tents on the river bank were swept away from the deluge of rain which flooded Kabul River. Rains and hailstorm in Mohmand Agency has destroyed standing crops on several acres. Governor Khyber Pakhtunkhawa Sardar Mehtab Ahmed Khan Abbasi has demanded a report detailing losses incurred from rains and the hailstorms. Also, a patch of Karakoram Highway was blocked in Mansehra from land sliding.