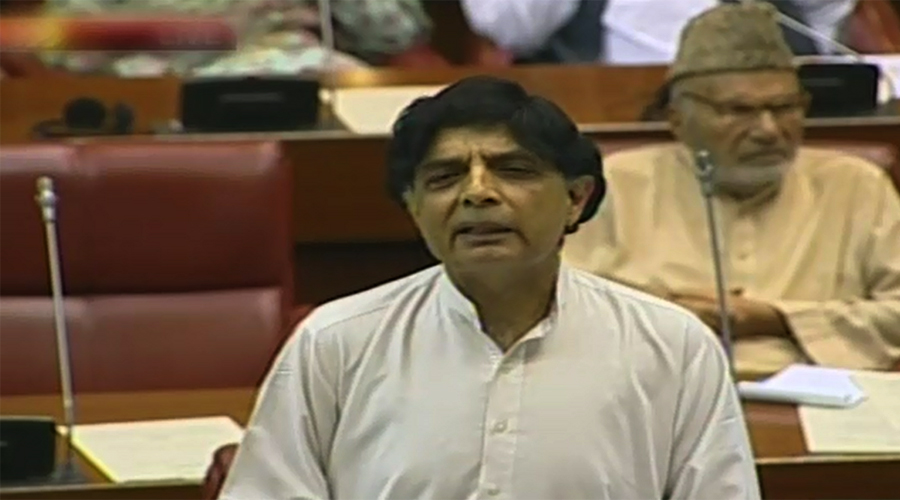 ISLAMABAD (92 News) – Interior Minister Ch Nisar has said that 500 armymen have embraced martyrdom during the Operation Zarb-e-Azb. Addressing the Senate, he said that the role of the police along with the Army is also laudable. “Mahmood Achakzai wrongly criticized the agencies,” he said. The minister said that the Balochistan government should be held accountable for the Quetta blast. “It is wrong to say that only the Army, not the government, is implementing the National Action Plan,” he said.